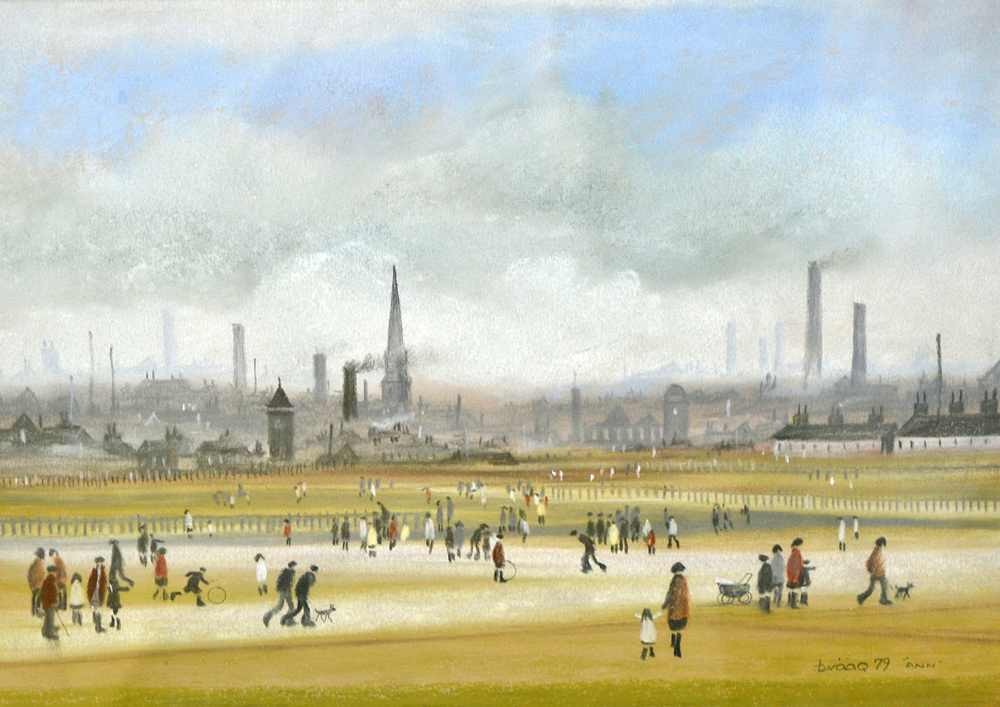 Brian has included himself in this work, he can seen wearing a black and white striped jumper, centre left.

Enquire about "The Park"