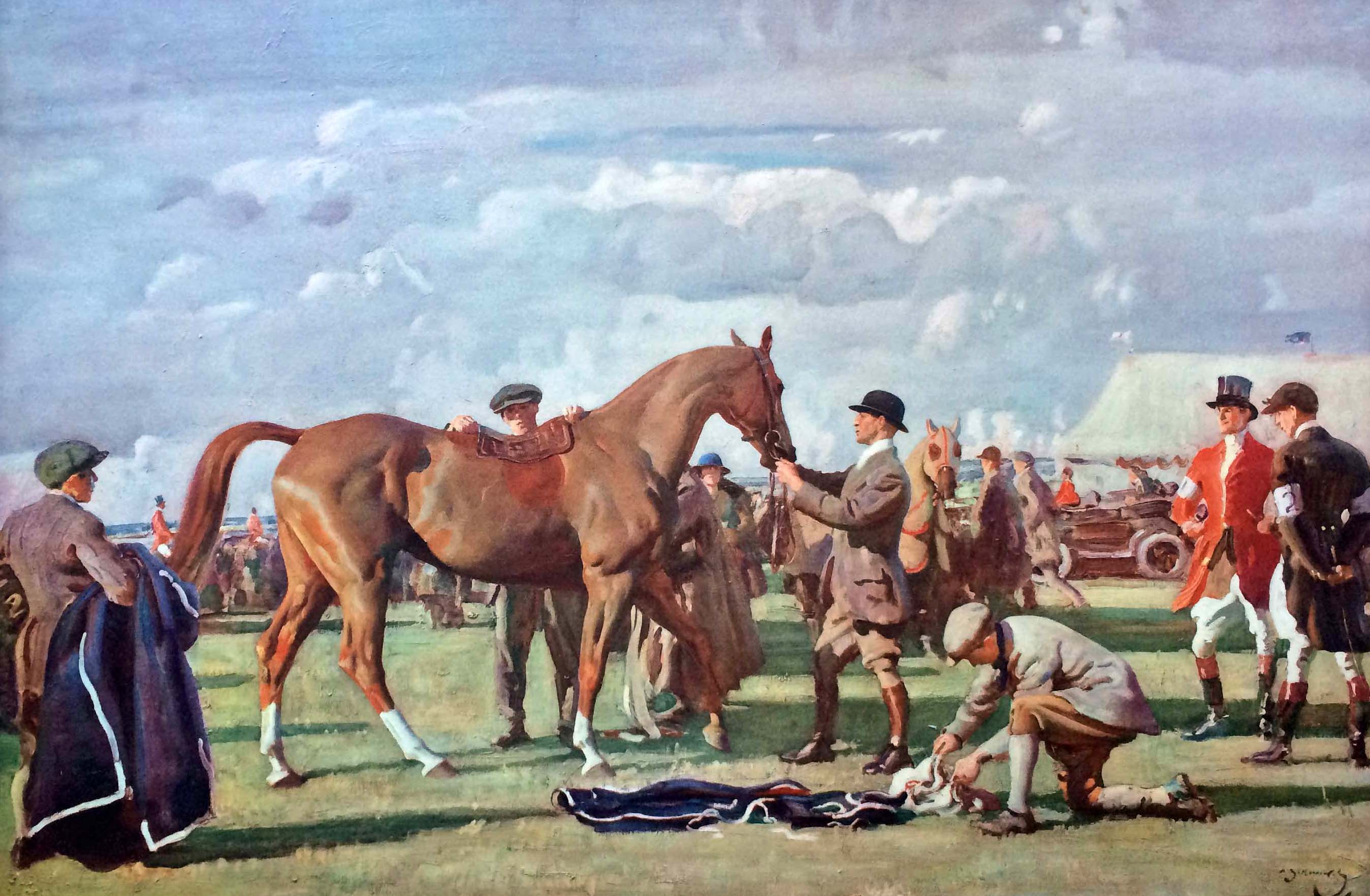 This rare signed lithograph depicts Violet Munnings mare, Rosemary, being saddled before a point to point race. Rosemary was one of the horses that she had used for both showing and hunting. Rosemary was the mother of Red Prince II, as well as 1880 Grand National winner, Empress.  Violet Munnings described Rosemary as “inclined to be queer” but bred her and kept two of her foals, Winter Rose and Cherrybounce, both of whom were frequently used as both models and riding horses.

Sir Alfred James Munnings was born 8 October 1878 at Mendham, Suffolk. As a young boy, he was apprenticed to a Norwich printer, designing and drawing advertising posters for the next six years whilst attending the Norwich School of Art in his spare time. When his apprenticeship ended, he became a full-time painter. However, loss of sight in his right eye in 1898 did not deflect his determination to paint, and in 1899 two of his pictures were shown at the Royal Academy Summer Exhibition. Munnings became best known for his equine painting and often depicted horses involving hunting and racing. His colourful scenes have retained public popularity despite changes in artistic fashion.

Towards the end of World War I Munnings was employed as war artist to the Canadian Cavalry Brigade. He painted many scenes, some of which are now in the collection of the National Gallery of Canada, Ottawa.

He died at Castle House, Dedham, Essex, on 17 July 1959. After his death, his wife turned their home in Dedham into a museum of his work. 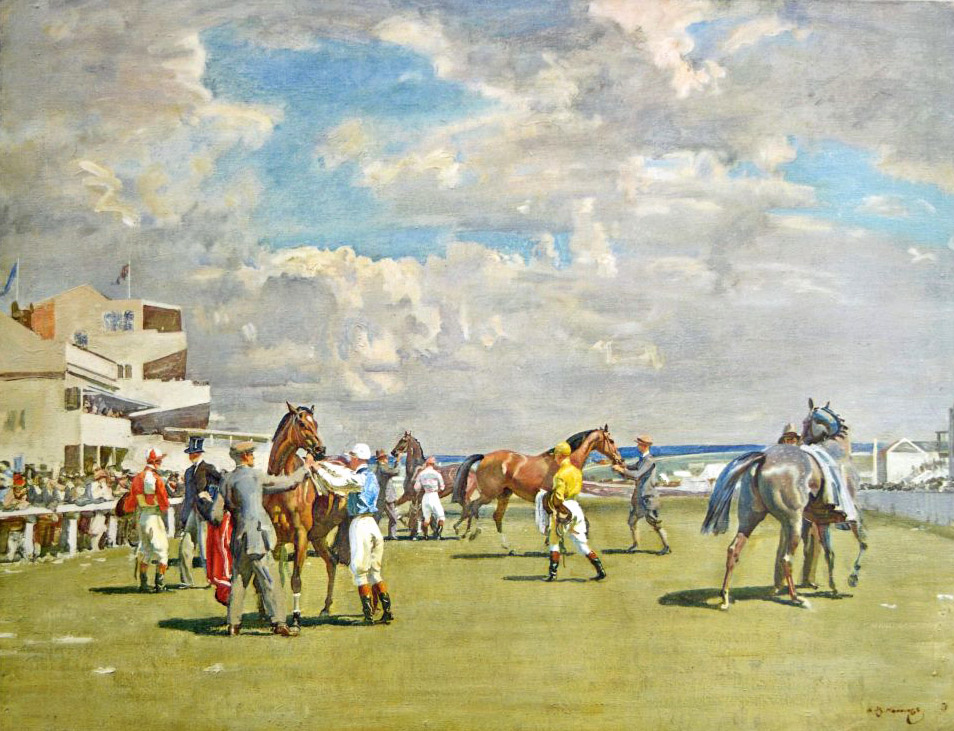 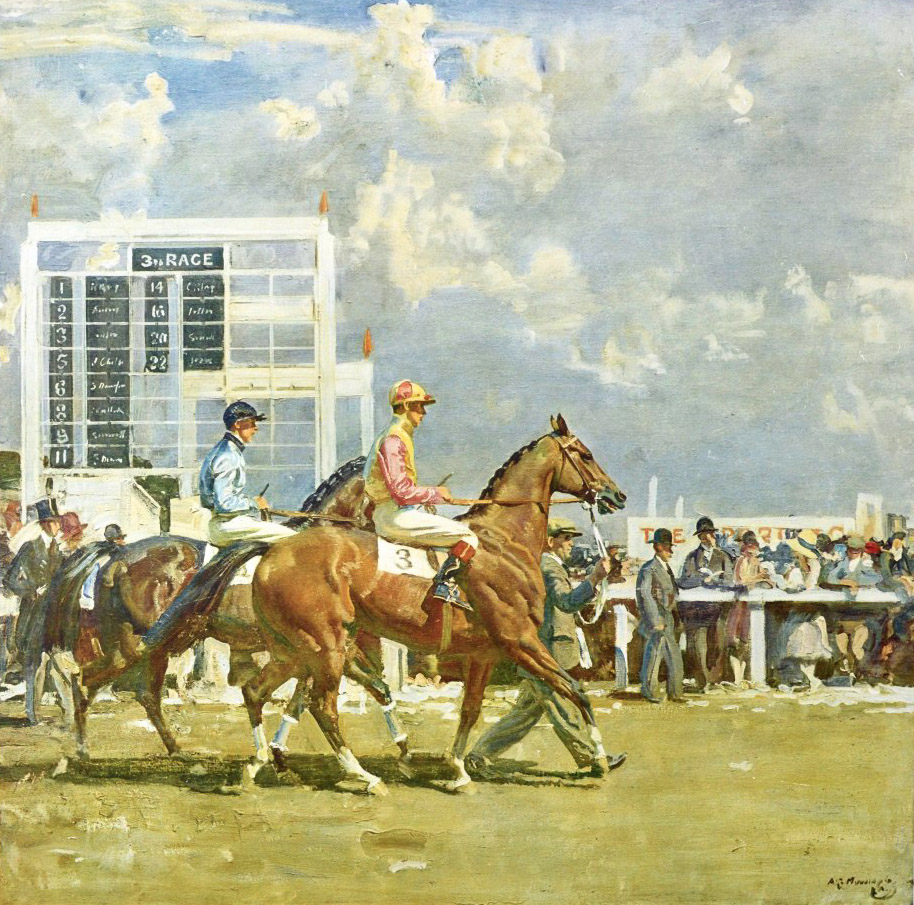