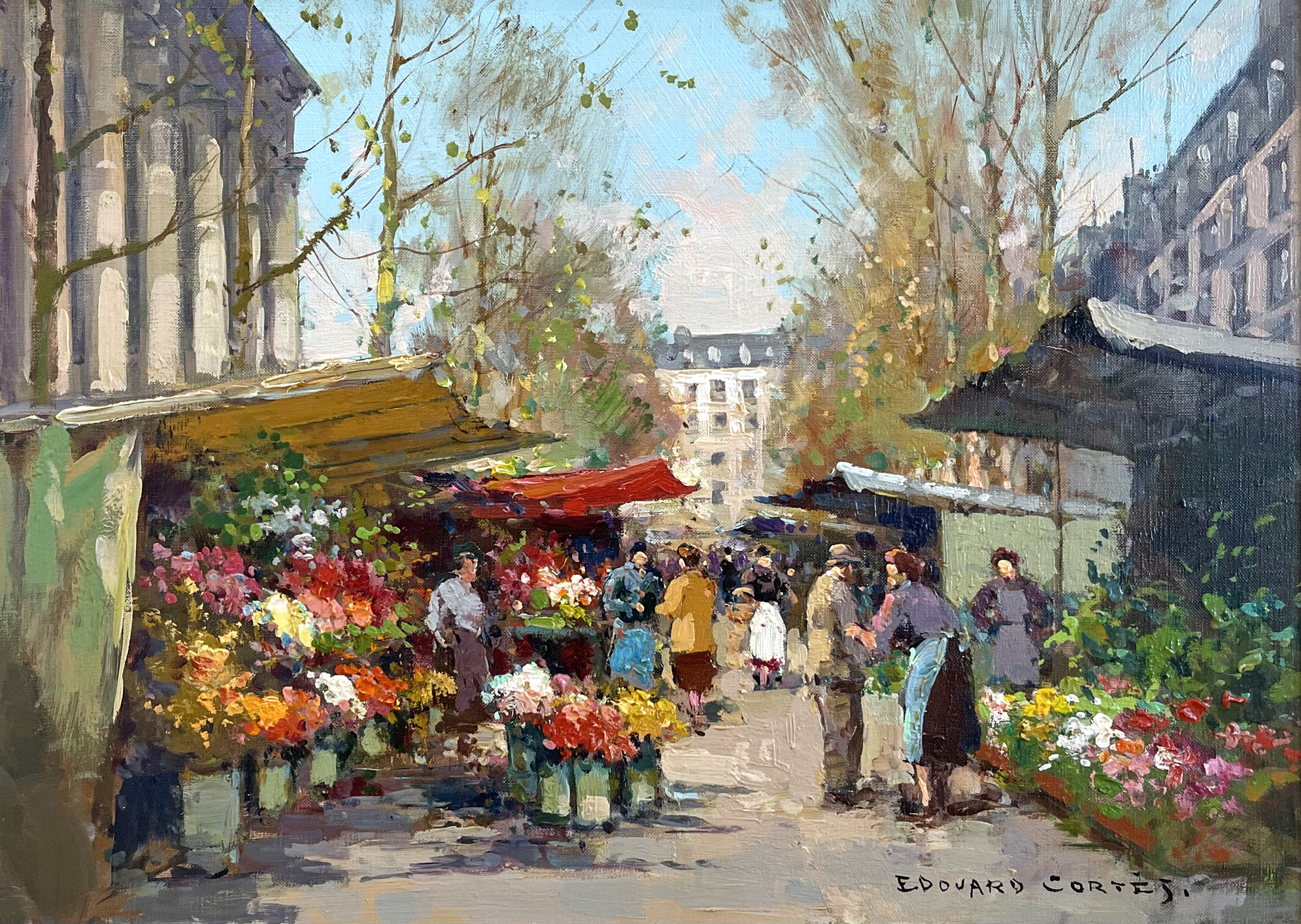 Edouard Leon Cortès was a French post-impressionist artist of French and Spanish ancestry. He is known as “Le Poete Parisien de la Peinture” or “the Parisian Poet of Painting” because of his diverse Paris cityscapes in a variety of weather and night settings.

Cortès was born on August 8, 1882, in Lagny-sur-Marne, twenty miles east of Paris. His father, Antonio Cortès, had been a painter for the Spanish Royal Court.  At the age of 17, Edouard began his studies at the École des Beaux-Arts in Paris. His first exhibition in 1901 brought him immediate recognition. Cortès stressed his independence, in responding to a journalist who asked if he was a student of Luigi Loir, he replied in pun: “Non, elève de lui tout seul.” (“No, a student of myself only.”)

In 1914 Cortès married Fernande Joyeuse, with whom he had a daughter in 1916.

Although Cortès was a pacifist, when war came close to his native village he was compelled to enlist in a French Infantry Regiment at the age of 32. As a contact agent Cortès was wounded by a bayonet, evacuated to a military hospital, and awarded the Croix de Guerre. After recovery he was reassigned to utilize his artistic talent to sketch enemy positions.

Cortès lived a simple life amid a close circle of friends. In his last year of life he was awarded the prestigious Prix Antoine-Quinson from the Salon de Vincennes.  He died on November 28, 1969, in Lagny, and has a street named in his honour.