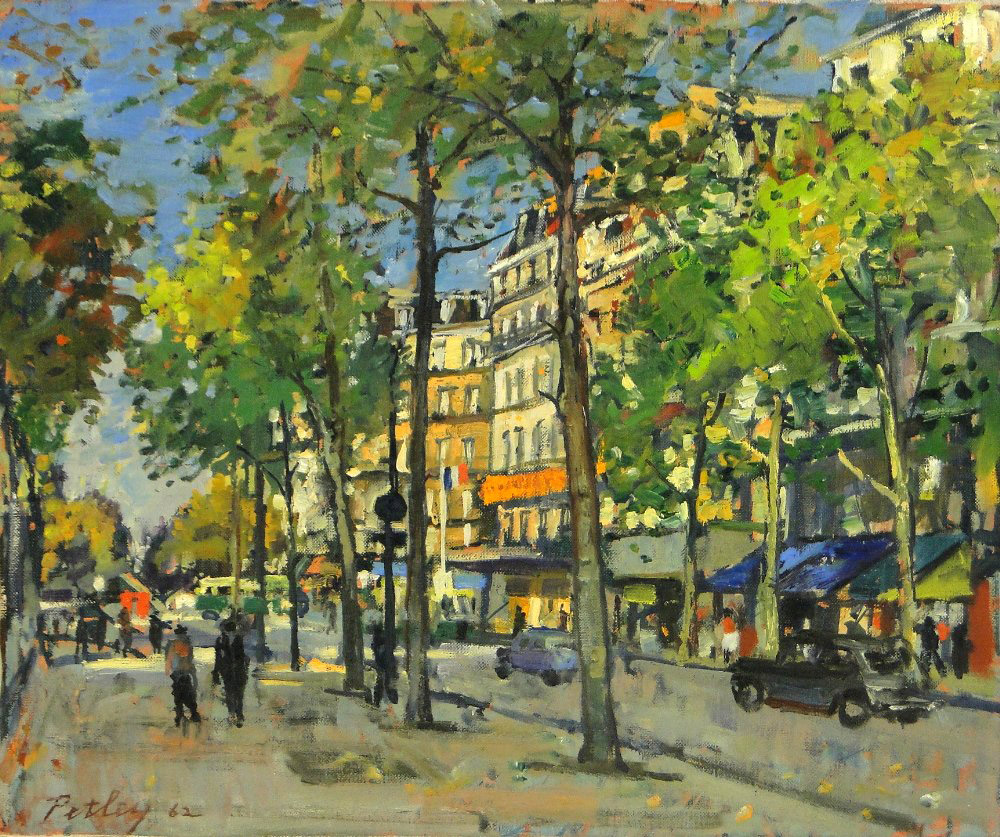 This piece is now sold.

Please contact us if you are looking to sell your fine art, we are always looking to add quality pieces to our inventory.

Condition: Please do not hesitate to contact us for a full condition report or further assistance.

Llewellyn Petley-Jones was born in Edmonton, Alberta, on Aug 23 1908.

Educated at Strathcona Collegiate Institute in Edmonton where he developed passion for painting from an early age. After a short career in banking, he turned his hand to painting full time and set up a studio in Edmonton, where he became a member of The Art Club and The Alberta Society of Artists.

In January 1940, he married Nancy Corbet, the couple went to Florence for their honeymoon, and stayed there until June 1940, where the outbreak of WWII forced them to move to Southwest London, England.

After the war he visited Paris on a number of occasions, sometimes painting as much as 12 hours a day. In 1950 the family, now with three children, returned to Canada where they lived in Edmonton and then Vancouver until 1954. During this time, he was commissioned to a paint railway car interior (as part of a series) for the Canadian Pacific Railway. His subject for this was the Watterson Lakes in southern Alberta. Shortly afterwards he was commissioned by the Alberta Government to paint the official portraits of HM The Queen and HRH The Duke of Edinburgh for the Edmonton Legislative Building. It took him a year to finish the portraits and they were hung in the Edmonton Legislative Building behind the Speaker’s Chair until about 1990.

He returned to England in 1954, now with six children, his seventh and last was born in June 1955.  Petley-Jones decided to stay in England and continue his painting career with exhibitions across London, including a one-man show at The Waddington Galleries, further exhibits at St Georges Gallery, Wildenstein, Gimpel Fils and The University of London.  In 1989 Richmond Antiquary Gallery held exhibition of his work.