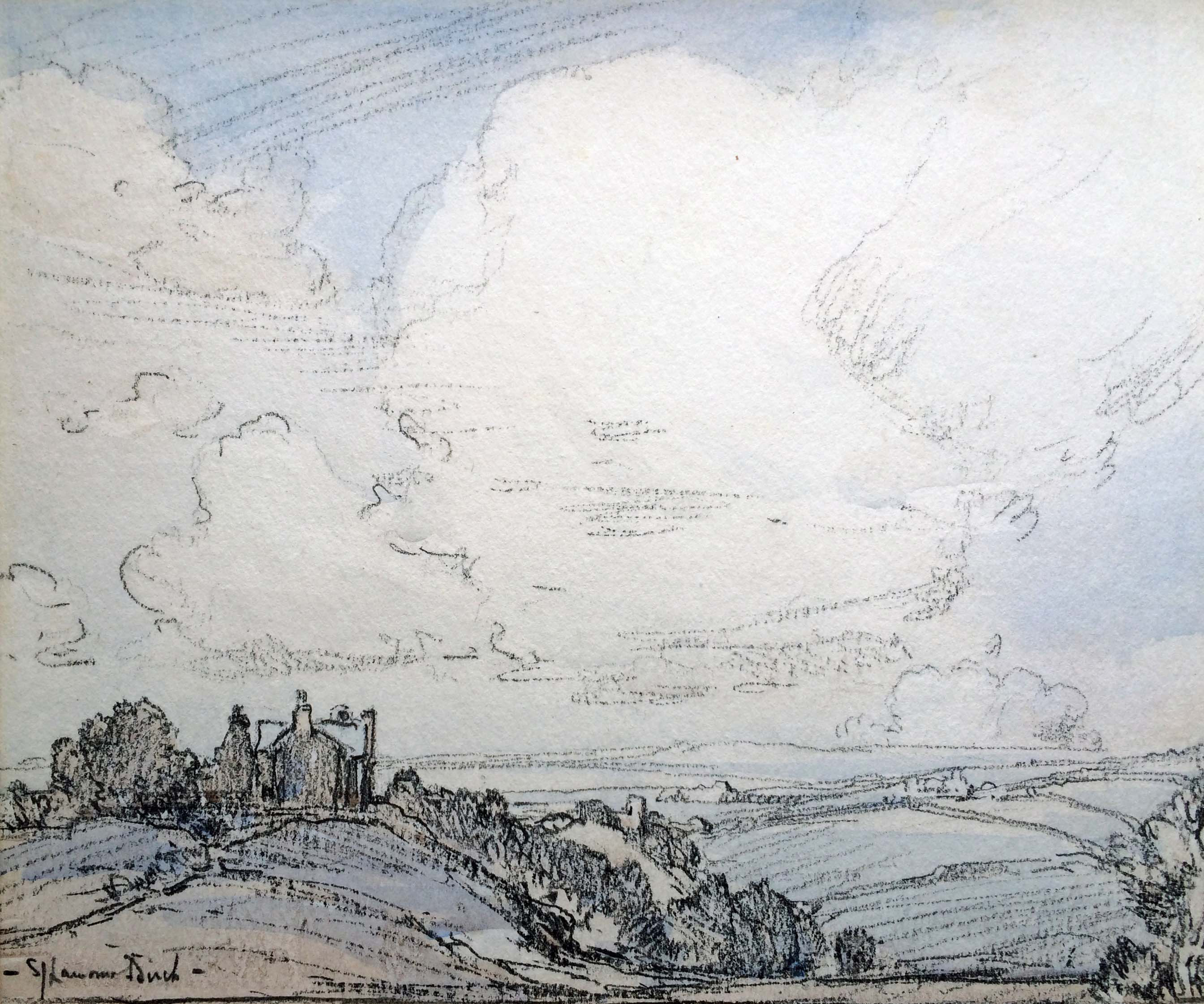 Samuel John Lamorna Birch was born in Egremont, Cheshire.  Birch’s early years were spent working in cotton mills of Lancashire before coming known as an English Landscape painter, principally of Cornwall. Studied at The Academie Colarossi, Paris, in 1895. In the late 1880’s he visited the Penzance region and at this time was influenced by Stanhope Forbes, famous for the Newlyn School of painters.  Birch eventually settled in Lamorna, adding this to his own name to avoid confusion with the artist Lionel Birch.

Exhibited prolifically at the Royal Academy from 1893 and held his first one-man exhibition at the Fine Art Society in 1906. Like a number of his contemporaries, he was profiled as an ‘Artist of Note’ in The Artist magazine, by Richard Seddon, in the June 1944 edition. The Tate Gallery holds Birch’s work and a retrospective was held in Falmouth to Plymouth in 1997.

The exhibition, Shades of British Impressionism of Lamorna Birch and his Circle was shown at Warrington Museum & Art Gallery in the Mezzanine in October 2004. This identifies his links with Henry Scott Tuke and Thomas Cooper Gotch and many others who settled in the artists’ colony in the 1880s and 1890s. These painters helped to change the face of British art. Their emphasis on colour and light, truth and social realism brought about a revolution in British art.