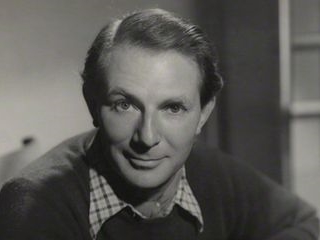 John Paddy Carstairs was born in London on the 11th May 1910. The son of comedian Nelson Keys, John later changed his surname to his mother’s maiden name ‘Carstairs’ to enable him to forge his own career in the film industry.  John was to become a successful writer, film director, comic novelist and painter. John’s first film as a director came around in 1933, The Thriller Paris Plane, he averaged over a film a year until his last, A weekend with Lulu in 1962. His more notable films were produced with Rank Organisation, five of which, casted with the highly popular comedy actor Norman Wisdom.

Regarding John’s art career, he initially studied at the Slade School of Art and went on to exhibit at the Royal Academy, Royal Society of British Artists, Leicester Galleries and the Paris Salon.  His work can be found in collections at Trinity College Oxford, Redfern Gallery and Walker Galleries.

As well as being a successful film director and painter, Carstairs was the author of over thirty books between 1937 – 1967.  After a period of ill health, John passed away on the 12th December 1970.

At the Races (SOLD)