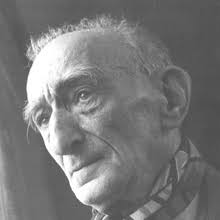 Henri Hayden was born in Warsaw, on the 24th December 1883.  Hayden studied engineering at the Warsaw Polytechnic from 1902-5, whilst pursuing studies at the Warsaw Academy of Fine Arts. Henri Hayden moved to Paris, France in 1907 and devoted himself entirely to painting where he studied at the Académie de la Palette. Inspired by Paul Cézanne, Hayden moved to a studio on the Boulevard Raspail where he later became acquainted with The Grupo Montparnasse and artists such as Pablo Picasso, Jean Metzinger, Albert Gleizes, Auguste Herbin and Juan Gri.  Hayden rose to prominence as a Cubist painter and became associated with the Ecole de Paris from 1911-21.  His first exhibition took place at the Galerie Druet in 1911 which caught the attention of one of the most influential French art dealers of the 20th century, Leonce Rosenberg whom dealt with the aforementioned artists.

From 1922, Hayden returned to nature and began painting still life and landscapes which proved popular with collectors and dealers of his work.  He later took haven in the south of France during and after World War II and from the early part of the 1950’s Hayden’s revitalised naturalistic work brought more success and recognition.

Years later, Hayden would declare: “I only absorbed Cubism in 1915, after having swallowed and digested all of French painting in a few years. This rapid absorption led me, in a spirit of creative synthesis, without even realising, to Picasso and Braque’s experimentation at the time”