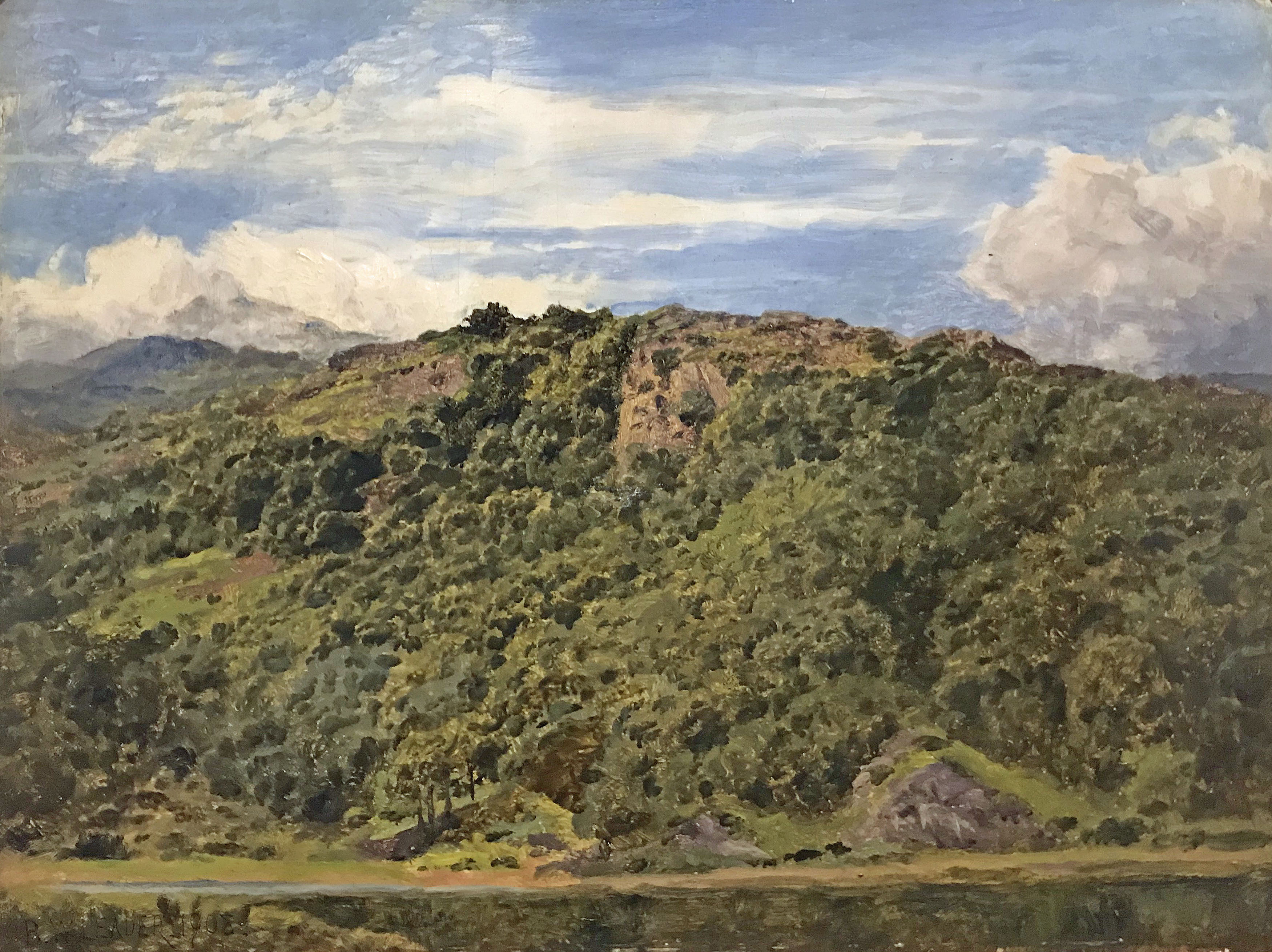 Worcester landscape painter, born Benjamin Williams, but added the surname Leader to distinguish himself from the Williams Family of artists, to whom he wasn’t related.  Leader’s father Edward Leader Williams was a keen amateur artist and a friend of John Constable. Benjamin would often accompany him on sketching trips along the banks of the River Severn.  His brother, also Edward Leader Williams, later became a notable civil engineer who was knighted for his work, and is now mainly remembered for designing Manchester Ship Canal – which was to become the theme of Leader’s largest painting.

Leader was educated at the Royal Grammar School, Worcester, and initially worked at his father’s office as a draughtsman while studying art in the evenings at the Worcester School of Design. In his free time he also did a lot of “open air” landscape painting.

In 1854, at the age of 23, he was admitted as a student to the Royal Academy Schools in London, and, unusually, in his first year, had a picture accepted for exhibition there, “Cottage children blowing bubbles”, which was subsequently sold to an American buyer for £50 – a large sum in those days.  Subsequently, his work appeared in every summer exhibition at the academy until 1922, when Leader was 91 years old.