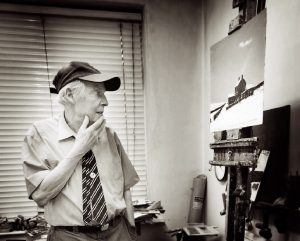 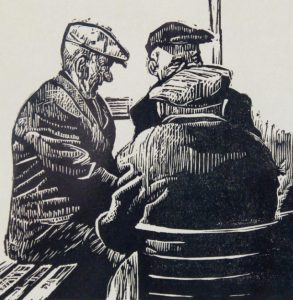 Roger Hampson was born in Tyldesley, Lancashire in 1925. He studied art at the Manchester College of Art 1946 – 1952 and thereafter became an art teacher at the Bolton College of Art & Design until 1986. During this time, Roger was elected president of the Manchester Academy of Fine Arts 1969 – 1976. Roger […] 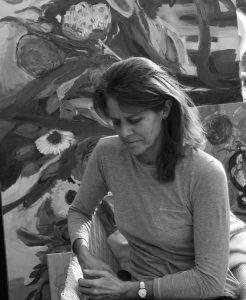 Somerset based artist Marissa Weatherhead was born in 1962. Marissa gained a first-class BA (Hons) at Gloucestershire College of Art and Design 1982-85 and a MA in Fine Art at The Royal College of Art, London 1986-88. Marissa’s colourful paintings are influenced by artists such as Braque, Picasso and Matisse. She brings together familiar objects […] 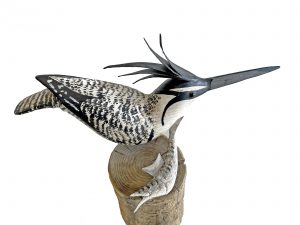 Stephen Henderson is a highly skilled woodcarver specialising in shore birds and fish. Stephen lives and works from his coastal studio in Essex. His unique sculptures are inspired by the diverse wildlife which has surrounded him most of his life. He grew up close to the marshes of the East Essex coast which energized his […] 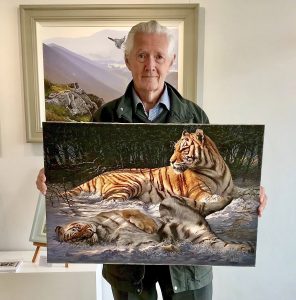 83-year-old Michael Miller, a reclusive wildlife and equine artist will be exhibiting his art work exclusively at Carnes Fine Art. Michael Miller was born in 1939. He studied art at the Harris College Preston and Manchester College of Art. Michael had a successful career as an interior design consultant for a large multi-national company. During […] 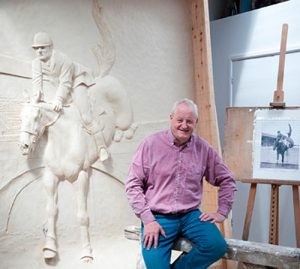 British sculptor Philip Blacker was born in Dorset in 1949. Blacker became a professional jockey in 1969 during which time he rode 340 winners and was victorious at many prestigious meetings throughout the UK. Blacker retired from horse racing in 1982 to concentrate on becoming a full-time professional sculptor. A former art student before his […] 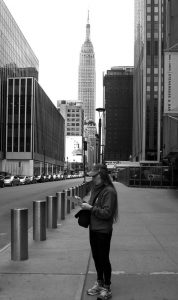 Janet Kenyon is a multi-award winning artist and is now recognised as one of the UK’s leading watercolourist. Over the course of her career, Janet has received an impressive number of accolades, including winner of the Sunday Times/Smith & Williamson Cityscape Prize twice, first in 2009 for her painting titled: Northern lights, Blackpool and in […] 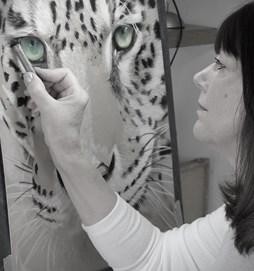 Valerie Simms was born in Banbury Oxford in 1965. Valerie studied art as a mature student at North Oxfordshire School of Art and Design and later enrolled in a design illustration course at Swindon College of Art. Valerie works form her studio in Oxfordshire and has become one of the country’s leading pastel artists specialising […] 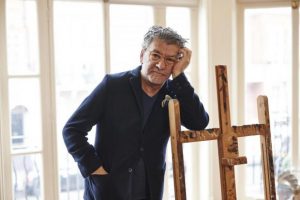 Jack Vettriano was born in Fife, Scotland in 1951. During the 1970’s, Vettriano’s girlfriend bought him a watercolour set for his 21st birthday and thereafter he spent all of his spare time painting. His early pieces were heavily influenced by impressionism and his works were signed under his birth name ‘Jack Hoggan’. In 1988 Vettriano […]